Lincoln Square is located on the North side of Chicago. It’s heart and soul are in the ‘square’ formed by Lawrence, Western and Lincoln Avenue where you will find music, food, shopping, and bars. Lincoln Square also includes sub-neighborhoods of Ravenswood, Bowmanville, Budlong Woods.

Lincoln Square is historically known as a heavily German influenced and populated neighborhood. Events such as festivals and live musical performances are frequently held in Lincoln Square.

About 44,000 people live in the neighborhood along with over 1,000 small and medium-sized businesses. It is accessible through the Brown Line. The neighborhood is bounded by Bryn Mawr and Peterson Avenues on the north, Montrose Avenue on the south, Ravenswood Avenue on the east and the Chicago River on the west.

Prices for condo’s and homes range from $50K to $2.5 million for a new construction single family home. Median home value is $379,712. 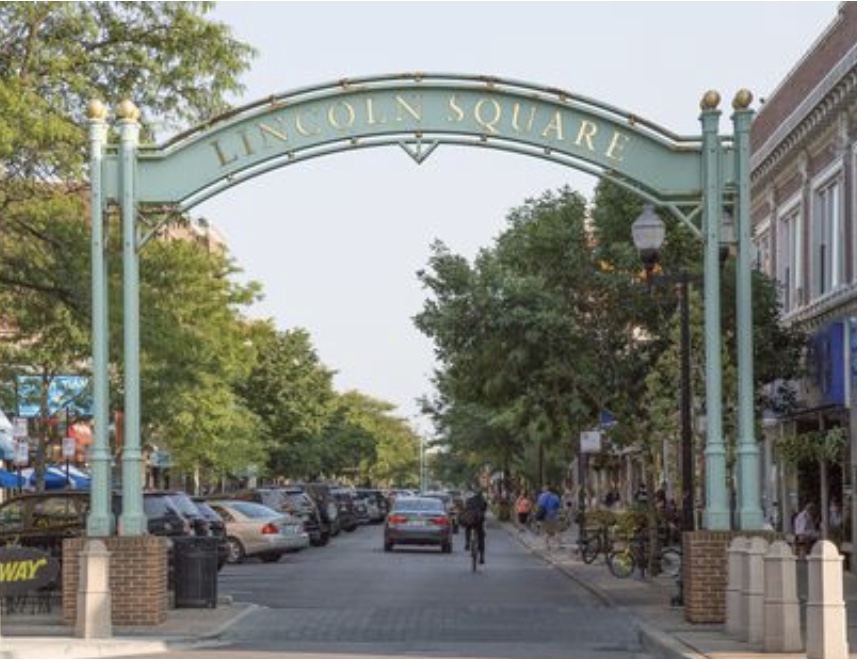