Rogers Park is Chicago’s northern border, located on the coast of Lake Michigan, adjacent to suburban Evanston. It is bounded by the city of Evanston along Juneway Terrace and Howard Street to the north, Ridge Boulevard to the west, Devon Avenue and the Edgewater neighborhood to the south, and Lake Michigan to the east.

Rogers Park is one of Chicago’s most diverse neighborhoods, with approximately 40 different languages spoken and a wonderful diversity of dining options. The area’s restaurants will take you on a journey from Mexico to Peru, Jamaica to Ethiopia, Korea to the Middle East, and much more. It is also home to Loyola University, one of the nation’s largest Jesuit Catholic universities, which gives the community’s east side a predominantly college town atmosphere.

No other lakefront community in Chicago has as many beaches (10), not even the trendy neighborhoods of Edgewater or Lincoln Park immediately to its south. If you love the outdoors then there’s no better place to live in Chicago than in the community of Rogers Park, with its extensive lakefront green space, unique street-end beaches, and incomparable morning sun rises over the lake.

Rogers Park offers great value in housing in addition to being so close to Lake Michigan beaches and parks.  East Rogers Park has mid-rises and high-rises along Sheridan Road and you will also find traditional bungalows and small to mid-sized condominiums.

Rogers Park is  located 10 miles from downtown, so the commute to Chicago Loop is quick with many options:  a number of bus lines (151 Sheridan, 147 Express, and 22 Clark Street are just a few) and the train:  (Red Line, Purple Line and Metra), all of which connect to downtown. Lake Shore Drive is a mere few minutes away for those opting for travel by car.

Also, the Red Line terminus at Howard provides access to numerous Pace buses into the suburbs as well as the Purple Line into Evanston and Wilmette and the Yellow Line into Skokie. And, the Metra provides transportation as far north as the Wisconsin border. 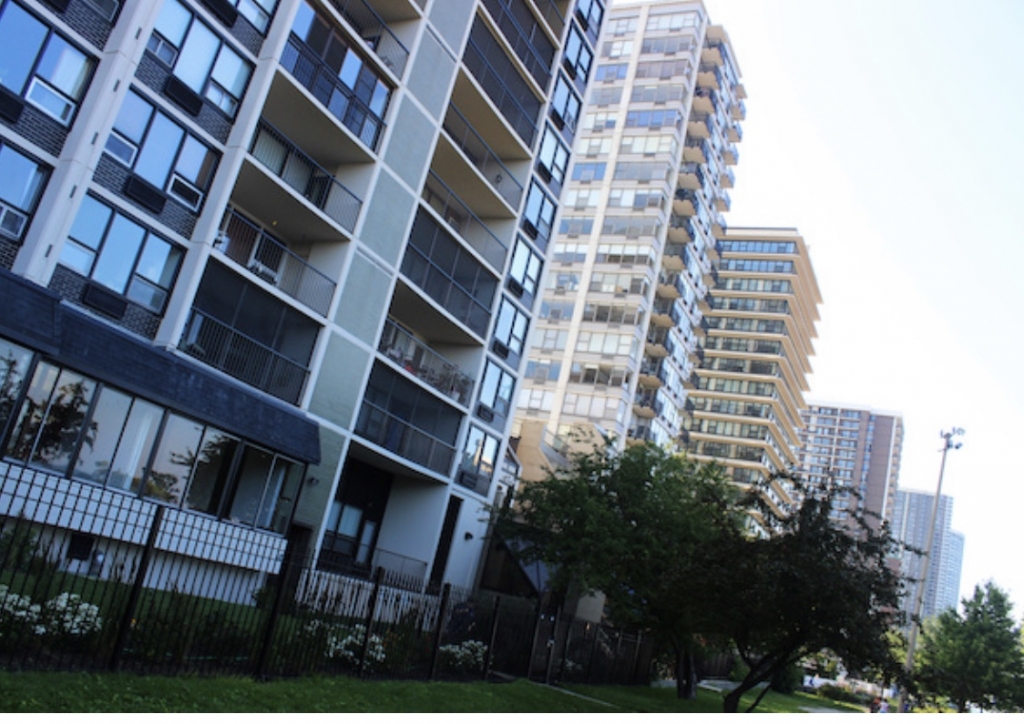