West Loop is the most urban of all the city’s neighborhoods.  Its boundaries are Grand Avenue on the north, Ashland Avenue on the west, the Eisenhower Expressway on the south and the Chicago River on the east.

The West Loop is a former meat-packing district, it has become one of the most dynamic dining destinations in the city. In particular, a stretch of Randolph Street known as Restaurant Row is where you’ll find many of the neighborhood’s most celebrated spots, from high-end tasting menus to hidden ramen joints to fourth-generation sandwich shops, and also, recently, an extension of the central business district and a major economic powerhouse for the entire city.

The West Loop is also home to Greektown, a bustling enclave overflowing with traditional restaurant restaurants, bakeries, and delis, and the National Hellenic Museum — the second oldest American institution dedicated to Greek culture.

Nearby Fulton Market has a cool industrial vibe that bursts with activity, thanks to tons of trendy restaurants and bars that have taken over the old warehouse spaces. Between meals, you can explore the West Loop’s art galleries, cool shops, and boutique hotels. Check out the year-round Randolph Street Market for unusual vintage and antique finds.

West Loop is the busiest areas for new development in the city, teeming with Michelin-starred restaurants, trendy hotels, and offices for companies like Google and McDonald’s.

Real estate in the West Loop is perhaps best known for the many converted loft spaces that were transformed from commercial and warehouse buildings. However, these buildings have been joined over the past three decades by mid- and high-rise condominiums and small to midsize townhouse developments.

The last decade has seen a steep increase in area prices. Condominiums in the West Loop can range between $188,000 and the $4 Million plus range, however the median condominium price now stands at $407,502. 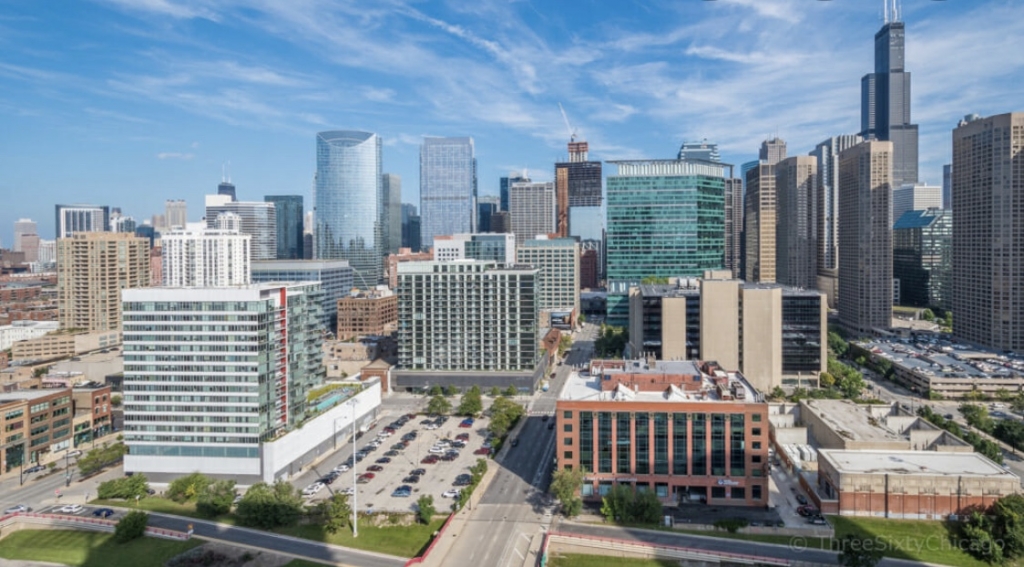